In this interview, Gary Shilling goes in depth to shed light on how the market is likely to move in the next year. He covers conditions around the world, with a focus on trade tensions with China. 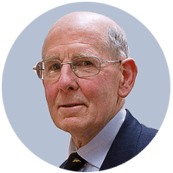 Who is Gary Shilling?

Gary Shilling is known for his forecasting record that spans over 40 years. Among his accomplishments, he has been twice ranked as Wall Street's top economist by polls in Institutional Investor and he is the longest-running columnist at Forbes magazine, where he has been challenging the consensus since 1983.

* We never sell, rent, or otherwise share your information with anyone outside of TranzAct.